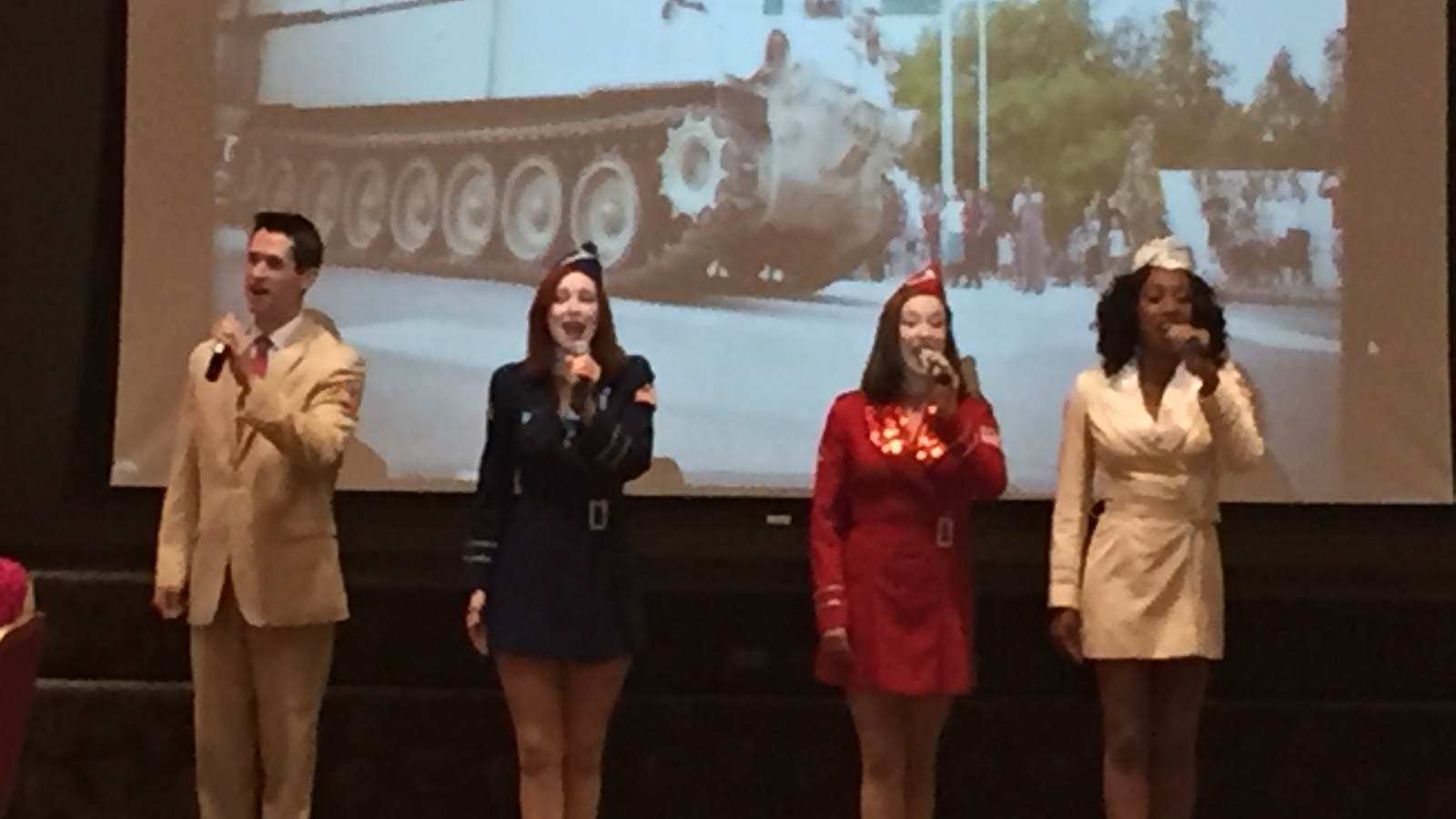 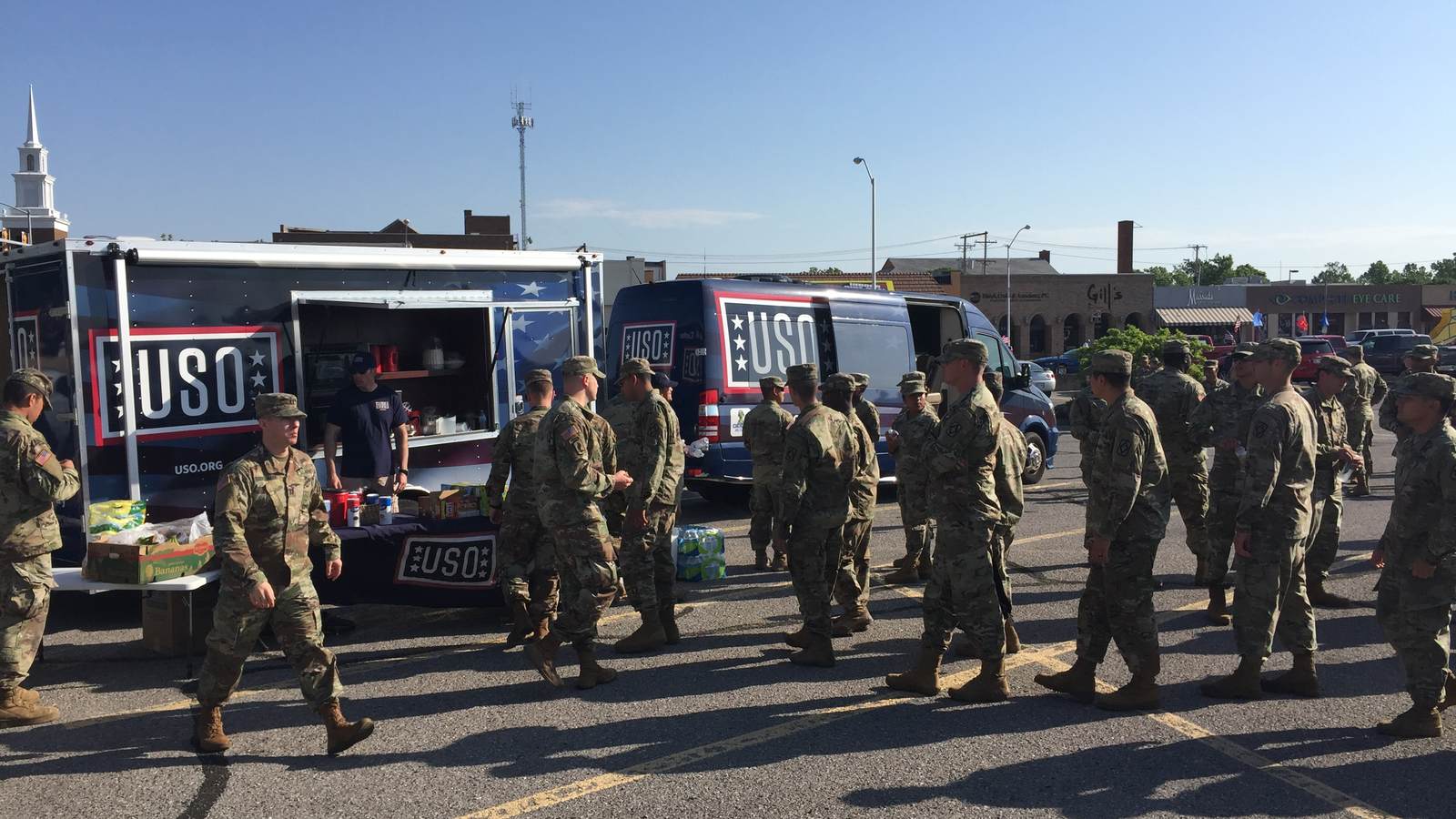 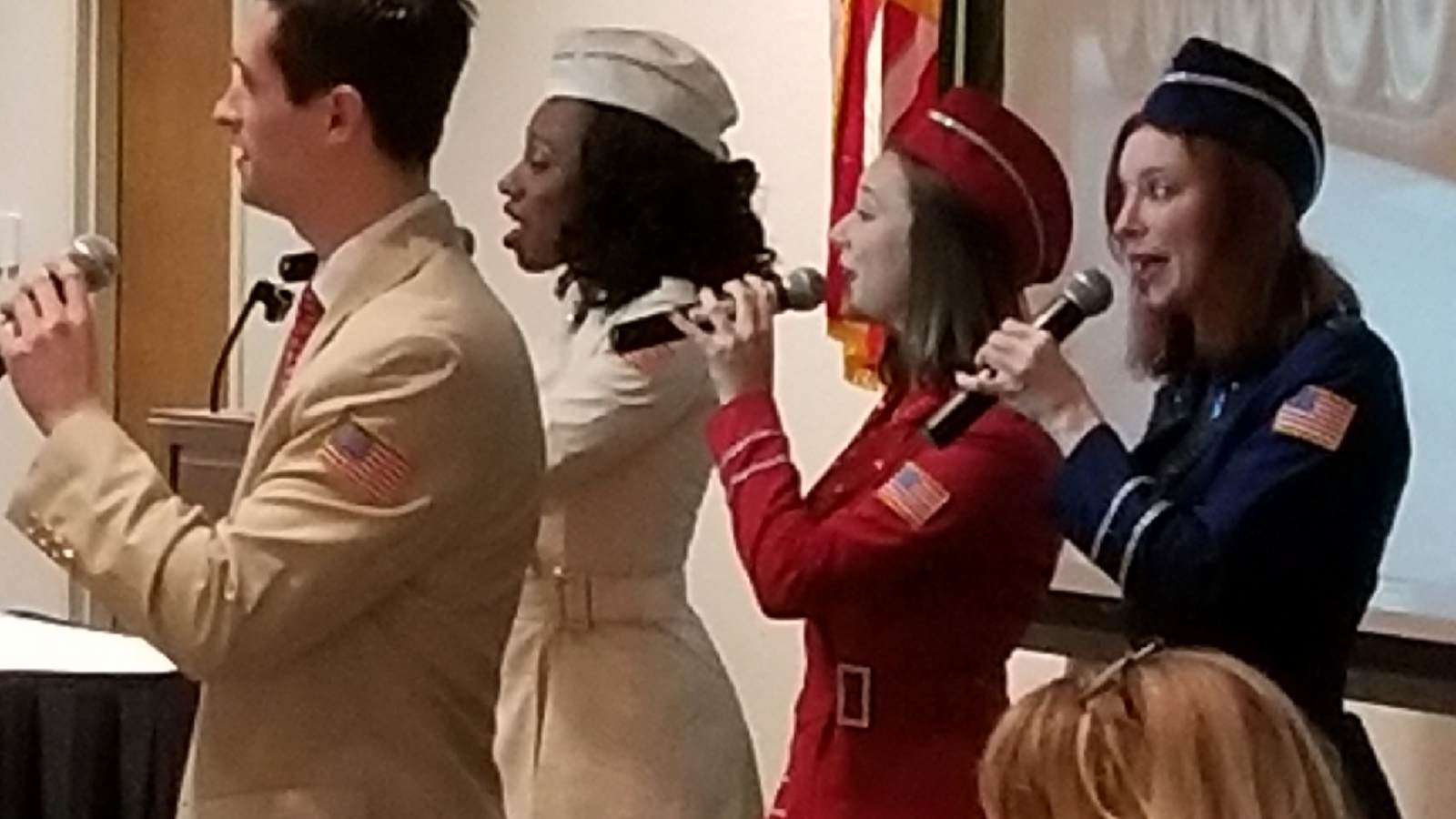 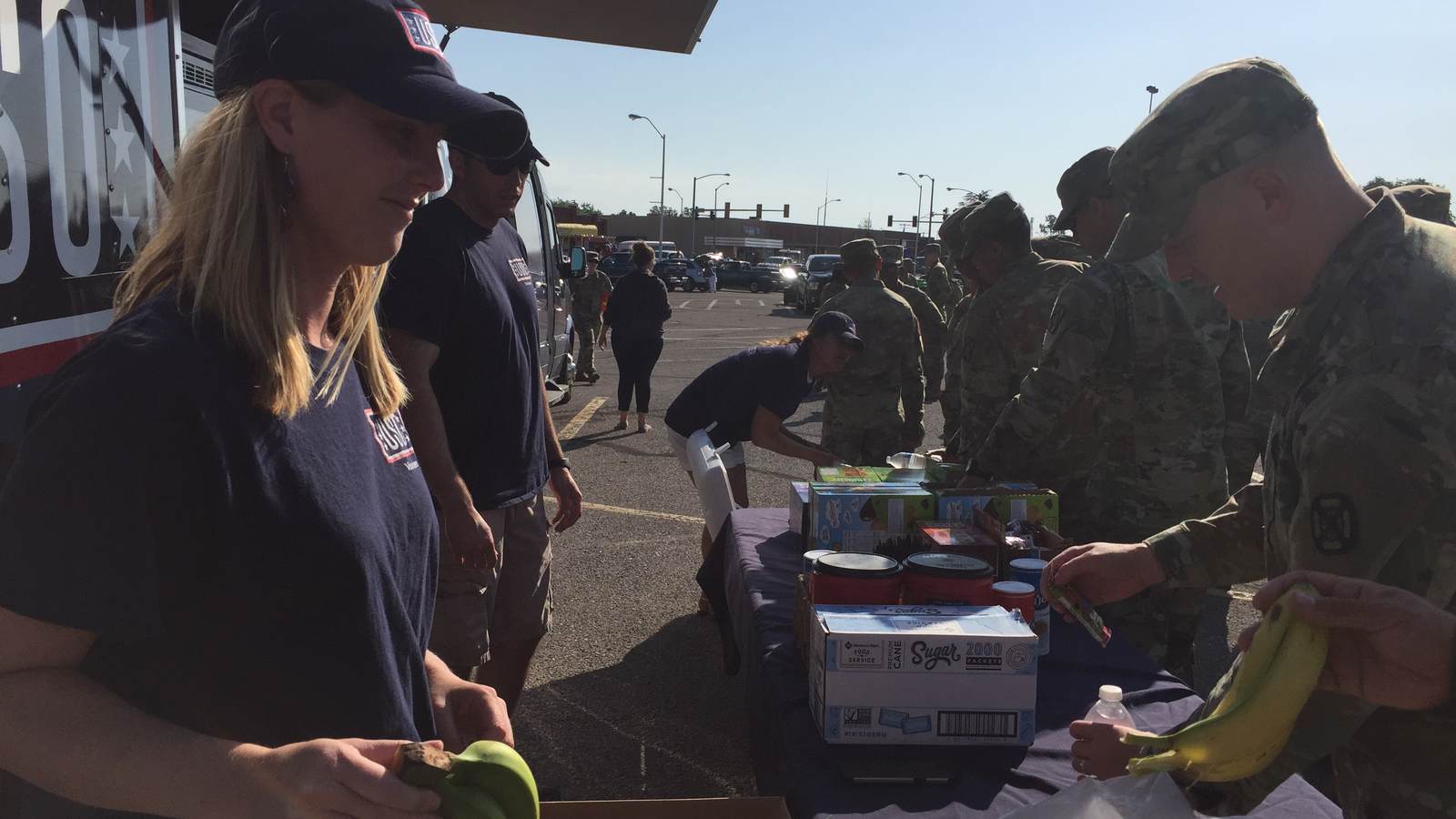 May 18, 2018. Working with USO of Metropolitan New York, USO Oklahoma was able to bring the USO Show Troupe to entertain at the Lawton-Fort Sill Armed Forces Day luncheon. Attendees included top brass from Fort Sill and business and community leaders from Lawton. The Show Troupe wow'ed the crowd with a 30 minute patriotic set list and was asked to follow with an encore. The provided the patriotic energy to the luncheon! Local Sen. Jim Inhofe made a surprise guest appearance to the crowd’s pleasure. Our local newspaper featured the USO Show Troupe on the front page the following day.

May 19, 2018. USO Oklahoma deployed the USO TX Sprinter Van, a member of the USO Mobile fleet, to the staging area of the Armed Forces Day parade. The parade is an annual event through the streets of Lawton. USO Oklahoma used the capabilities of the Sprinter Van to serve 400 service members water, coffee, granola bars, and fruit as they waited for over an hour to march in the parade. Following the outreach, Center Operations and Program Manager, Jenn Troxell, drove the Sprinter Van waving to parade spectators. The USO Sprinter Van was positioned at the end of all the troop formations as a show of truly being the Force Behind the Forces. Center Director, Jennifer Kirby, marched alongside the van with volunteers and greeted the community. For all the coverage in the press, please see below links: http://swoknews.com/local/lawton-salutes-armed-forces